Manulife intends to increase the size of its previously announced proposed Normal Course Issuer Bid and buy back common shares to neutralize the impact of this transaction on Core EPS2.

TORONTO, Nov. 15, 2021 /CNW/ – Manulife today announced that it entered into an agreement with Venerable Holdings Inc. (“Venerable”) to reinsure over 75%1 of its legacy U.S. Variable Annuity (“VA”) block, consisting primarily of policies with Guaranteed Minimum Withdrawal Benefits (“GMWB”) riders. Key highlights of the transaction on closing include:

Approximately $2.0 billion of capital released3 including a one-time after-tax gain of approximately $750 million to net income attributed to shareholders, validating the conservatism of our reserves, and the release of approximately $1.3 billion of net LICAT4 required capital.
Immediately accretive to book value and represents an attractive transaction multiple of 10.25 times.
Lowers the total U.S. VA net amount at risk (“NAR”)6 by more than 75% and meaningfully reduces equity sensitivities.
Manulife intends to deploy a significant portion of the capital released to buy back shares in order to neutralize the impact of the transaction on diluted EPS and core EPS2. The transaction is expected to lower annual earnings by approximately $200 million in 2022 and the impact is forecasted to decrease as the block runs-off.
Manulife remains committed to its medium-term financial targets including core EPS2 growth of 10% to 12% and core ROE2 of 13% plus.

“This transaction represents a significant milestone for Manulife.” said Manulife President & Chief Executive Officer Roy Gori. “The agreement to reinsure a substantial portion of our U.S. VA block reduces risk, releases approximately $2.0 billion of capital and unlocks shareholder value. We are committed to deploy a significant portion of the capital released to buy back common shares and neutralize the impact of the transaction on core EPS.”

“The deal, which is expected to close in the first quarter of 2022, will reduce our exposure to U.S. VA Guaranteed Value and net amount at risk by more than 75%, and our equity market sensitivity from our variable annuity guarantees by roughly 54%7, greatly lowering our go forward risk profile,” said Naveed Irshad, Global Head of Inforce Management. “We are pleased to execute this transaction with Venerable, a strong and experienced counterparty, and together with a robust deal structure, we have the necessary protections in place to achieve a full risk transfer.”

“Upon completion of this transaction and our intended capital deployment actions, we remain confident in our ability to achieve our medium-term financial targets, including growing core EPS by 10% to 12% and generating core ROE of 13% plus,” said Phil Witherington, Chief Financial Officer.

John Hancock Life Insurance Company (U.S.A.) (“John Hancock”), a subsidiary of Manulife will reinsure with Corporate Solutions Life Insurance Company, a subsidiary of Venerable, a significant portion of our U.S. VA block, consisting primarily of policies with VA GMWB riders. These policies were written outside of New York state, between 2003 and 2012.  As of September 30, 2021, this block included approximately 143,000 policies with a GMWB rider and approximately 20,000 with a Guarantee Minimum Death Benefits (“GMDB”) rider, as well as $2.3 billion of IFRS reserves, representing 76% of Manulife’s U.S. VA net amount at risk.

Venerable brings significant expertise in managing variable annuities, with a seasoned management team, strong operating platform and top tier risk management capabilities. Under the terms of the agreement, Venerable’s reinsurance obligations will be secured by a comfort trust with assets in excess of statutory reserve requirements. An initial deposit of approximately $1.3 billion of assets will be transferred to the trust on closing. John Hancock will continue to administer the policies, providing for a seamless customer service experience. The transaction is expected to close in the first quarter of 2022, subject to customary closing conditions.

Guaranteed value exposure for the U.S. VA block will also decline materially, from approximately $33 billion as of September 30, 2021 to $7 billion on a pro forma basis, representing a 78% decrease.

Upon closing of the transaction, Manulife’s exposure to tail equity market risk is expected to decrease materially. On a pro forma basis, the … 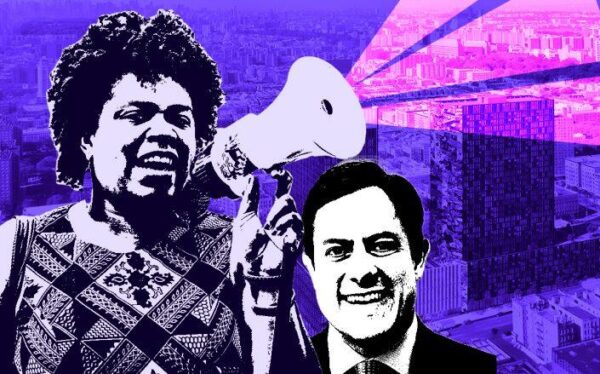 A controversial proposal for residential towers in Harlem is now in the hands of the City Council. The City Planning Commission on Monday voted in favor of One45, a two-tower project that could bring more than 900 apartments to West 145th Street and Lenox Avenue, of which more than 200 units would be affordable. Ahead of the vote, City Planning Chair Dan Garodnick said the project was an opportunity to “put a dent” in the 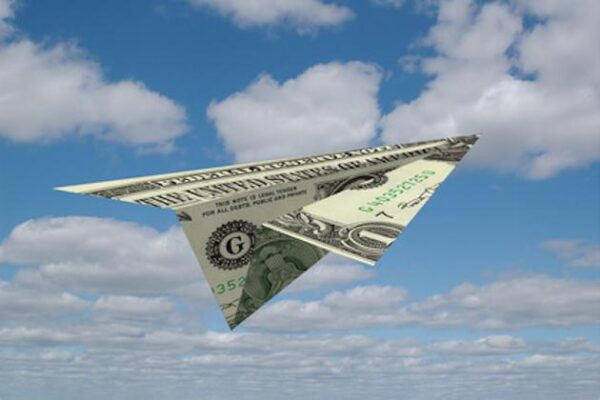 Earlier in the day shares in China plunged with the Shanghai Composite losing 5.13 percent. Hong Kong’s Hang Seng shed 3.73 percent. Falls were also prominent in London and the UK while the U.S. dollar rallied sharply.

Despite the turmoil elsewhere, in the U.S., the Dow Jones Industrial Average ros 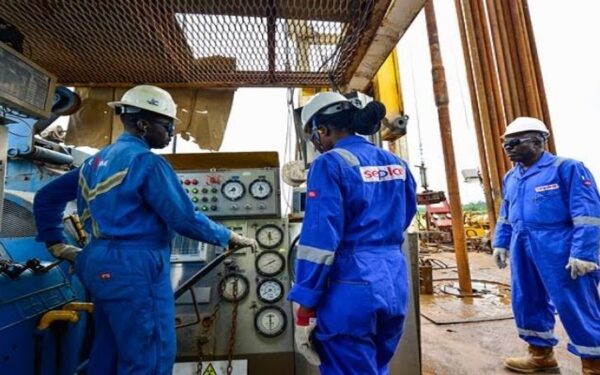 This was disclosed through a notice by the company which was filed with the Exchange and signed by the Director Legal/Company’s secretary, Mrs. Edith Onwuchekwa.

The appointment of the Non-Executive Directors, according to the disclosure, will be effective from 18th May, 2022.

Mrs. Bashirat Odunewu is a Banking and financial expert with about 30 years’ experience in the Finance and Banking Industry. Up till June 2021, she served as C-Suite executive, corporate banking (Energy, Natural Resources & Infrastructure), at First Bank Nigeria Ltd, prior to which she was the line executive for their international banking group where she supervised CEOs of the subsidiaries of First Bank in 6 African countries as well as the Bank’s Representative office in China and served as a board member for several of them.

She currently serves as an INED on the board of Leadway Holdings and Non-Executive Director (NED) on the Boards of some African Subsidiary Banks of First Bank Nigeria. She is an Independent NED on the Board of Neimeth International Pharmaceuticals Plc (an NGX quoted company) and is also a member of the Board of Directors for the Franco-Nigeria Chamber of Commerce and Industry where she serves as the Treasurer.

Mrs. Odunewu has experience spanning audit/accounting, corporate & commercial banking, Investment banking and treasury in various financial institutions. She has specialized in Oil and Gas financing projects and led notable successful syndications for acquisitions and development. She has been the recipient of several Merit Awards in the organizations she has worked in recognition of her stellar performance

Mr. Kazeem Raimi is a nominee of Platform Petroleum Limited replacing Mr. Austin Avuru who stepped down from the Board of Seplat Energy on 1st March 2022. Mr. Raimi is presently the Executive Director, Commercial for Platform Petroleum Limited. Previously with Seplat Energy as General Manager, Commercial, Mr. Raimi was charged with the responsibility for driving commercial, economics, valuation, planning and treasury activities across the entire organisation. He also served previously as Manager, Corporate Planning and Economics at Seplat Energy.

Mr. Raimi has extensive experience in project economics and risk analysis having been Lead Petroleum Economics and Commercial Advisor at Addax Petroleum Nigeria where he also served in different capacities. Prior to this, Mr. Raimi served as Treasury Manager at Cadbury Nigeria Plc and Finance Analyst at Citibank Nigeria Limited. He had significant involvement in commercial and economic evaluations of new ventures, farm-in and company acquisition opportunities with a thorough appreciation of tax, fiscal issues and project economics especially as they relate to Nigeria, Gabon, Iraq and Cameroon.

Mr. Ernest Ebi is a nominee of Shebah Petroleum Development Company Limited (BVI) replacing Dr. A.B.C Orjiako who will step down from the Board of Seplat Energy on 18th May 2022 after the Annual General Meeting. Mr. Ebi is an executive whose vast experience in the banking and finance industry spans over four (4) decades. From June 1999 to June 2009, he was appointed as a Deputy Governor at the Central Bank of Nigeria, Nigeria’s apex bank, where he covered policy and corporate services portfolios. Prior to this, Mr. Ebi held several executive positions in the banking industry in Nigeria and the United States of America. He was the Deputy Managing Director in Diamond Bank Ltd where he led the bank’s financial services marketing strategy & initiatives for new business development amongst others.

Mr. Ebi served as the Board Chairman of Fidelity Bank Plc (2016 – 2020) and AIICO Pension Managers (2010-2021) and currently serves as an Independent Director on the Board of Dangote Cement Plc., Julius Berger Nigeria Plc., Coronation Capital Ltd, and Coronation Asset Management Ltd.