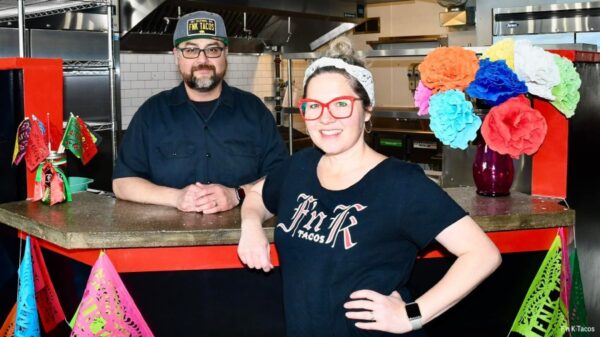 ROCKFORD, Mich. (WOOD) — A couple who moved from California to West Michigan is opening a new taco shop in downtown Rockford.

F’n K Tacos will host a soft opening with a limited menu Tuesday. The restaurant’s name is shorthand for the first names of its owners: Francisco (Frank) Lamas and Kaitlin King-Lamas.

“We want to be punny and this is fun. It’s just us,” King-Lamas said.

F’n K Tacos is next to Pinball Land at 110 Courtland St. in the storefront that was previously home to Underground Cookie Club. With the help of family, the couple spent the past two months renovating the 700-square-foot space to accommodate about nine customers inside and another dozen on the new outdoor patio.

(Photos provided by F’n K Tacos shows the storefront at 110 Courtland St. in Rockford before (left) and after (right) renovations.)

The owners hope to hold a grand opening celebration July 9, which will also mark five years since they launched their taco concept at a pop-up event in their former hometown of San Luis Obispo, California.

“We just literally dove into the deep end. We sold 700 tacos that day … and we were just exhausted, but it showed us we can do this,” said King-Lamas.

King-Lamas grew up in Greenville. Her career took her to Chicago, New York and eventually California where she met her husband, Frank Lamas.

The couple’s taco restaurant represents a major career pivot for Lamas, who spent about 30 years in the printing and packaging industry, according to King-Lamas. Before that, Lamas grew up working in his parent’s restaurant in Pamona, California.

“That just got into his blood and he wants to get back to it,” King-Lamas said.

In April 2020, when much of the nation started shutting down because of the pandemic, the couple packed up and moved across the country.

“I knew I wanted to come back to Michigan. I missed it, I missed the seasons,” King-Lamas said.

Lamas and King-Lamas stayed with family for a couple months before they spotted their next home in Rockford. They bought it before ever stepping foot in it — a gamble King-Lamas says paid off.


Growing Grand Rapids and beyond: 22 places planning to open in 2022

“We are so excited to be in Rockford and we have amazing neighbors,” she said.

In April, they doubled down on Rockford, leasing their downtown storefront.

(Photos provided by F’n K Tacos shows owners Francisco Lamas and Kaitlin King-Lamas and the sign hanging inside their store at 110 Courtland St. in Rockford.)

“We were really watching for the right space to be open for us and when we found it, we just knew it,” King-Lamas said.

Lamas’ parents are from Mexico. King-Lamas says their restaurant adds a twist to some of the flavors and foods from her husband’s childhood. Frank Lamas makes the tortillas and locally sources ingredients as much as possible from places like Rebel Farms in Rockford and Happy Hog Farm in Grant.

F’n K Tacos’ full menu will include taco staples like meatless, chicken, pork and carne asada beef tacos as well as special tacos like birria, jackfruit and el porquito. Prices will range from $4 to about $4.75 for the regular menu items.

King-Lamas says they had hoped to open F’n K Tacos on June 1 to be ready for Rockford’s Start of Summer Celebration, but pending permits led to delays. F’n K Tacos finally held its first three-hour soft opening event Saturday with friends and family who pitched in with the restaurant. That includes Frank Lamas’ father, who is back in the kitchen for now helping the budding business perfect its process.

“There’s only so much we can do and we’ve done it all ourselves with the help of family. They’ve been critical,” King-Lamas said.

(In this photo provided by F’n K Tacos, co-owner Kaitlin King-Lamas’ father, stands in the background of the restaurant patio he helped build.)

F’n K Tacos plans to add seating to its back patio in the next couple weeks. King-Lamas is also considering adding soups to the menu this winter.

King-Lamas says they eventually plan to pursue a license to sell beer and wine, allowing them to take advantage of being inside the Rockford Outdoor Refreshment Area boundaries. 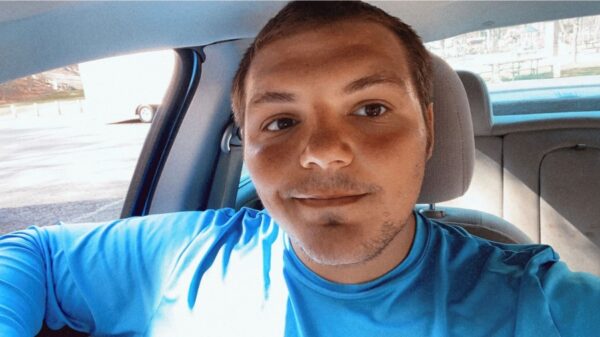 GRAND RAPIDS, Mich. (WOOD) — Friends and family are searching for answers after a man was shot and killed by an Allegan County Sheriff’s deputy Thursday.

Michigan State Police say the deputy pulled over 22-year-old Joseph Nagel’s vehicle near Hopkins Thursday night. Investigators said a fight broke out between the two and the deputy fired his weapon at least once, killing Nagal.

An undated courtesy photo of Joseph Nagle and Courtney Riva.

Nagle’s former girlfriend, Courtney Riva, said it doesn’t sound like the person she knew and can’t imagine how or why this could’ve happened.

“No one’s getting answers quite yet as to anything, so we are clueless as to what took place that day,” Riva said.

Riva said Nagle was an all-star wrestler in high school but was never an aggressive person.

“Joey wasn’t a fighter. He only wrestled on the wrestling mats and that was it,” she said.

Riva said Nagle had no criminal record and planned to pursue a career in law enforcement until recently.

“He was going to GRCC to become a police officer himself… but then he realized he couldn’t get over the gun part, he did not like guns,” Riva said.

MSP told News 8 that investigators have not found evidence that the driver had a weapon.

Riva said she visited Nagle’s family over the weekend and that “They are heartbroken.”

“None of it makes sense, they just want to know what happened,” she said.

Friends and family fear they may never know what really happened as investigators said there is no body camera or dashcam video of the incident.

“Our only thought is that the police officer took advantage of his authority really,” Riva said. “We’re having a hard time wrapping (our heads) around what even happened because Joey was not a confrontational guy whatsoever.” 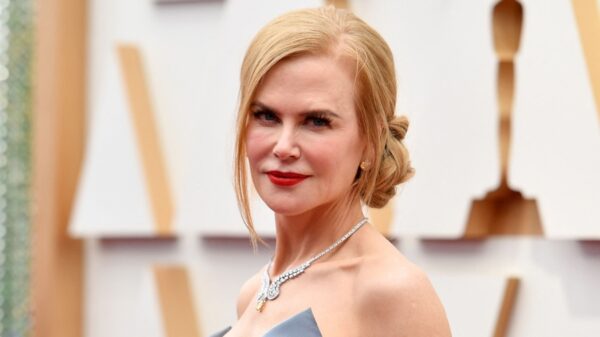 Deadline.com reports the movie is based on a screenplay by Andrew Sodroski and will be directed by Mimi Cave. It will be made by Amazon and Nicole Kidman’s production company, Blossom Films. The publication writes the movie is about a housewife who believes her husband is cheating on her, revealing his dark and secret life.

Linda Hart, the executive director of the Holland Area Convention and Visitors Bureau, says the movie could help grow tourism.

“It’s kind of exciting news. Holland is such a beautiful community, especially during Tulip Time,” Hart said. “It is a thriller movie. It’s a story and we’re just hoping that people will see so much more.”

Gwen Auwerda, the executive director of Holland’s famous Tulip Time Festival, also sees the movie as a way for more people to know about the event.

“We have quite a name recognition and I think this could just broaden that. It’s a beautiful community to film a movie in. I don’t know if they’ll film here or elsewhere but … people will know a little bit more about our community through the movie, we hope,” Auwerda said.

Auwerda says it is no surprise the beauty of the area was an attractive setting for the writer of the screenplay.

“It’s fabulous. Being on Lake Michigan. (We) have a beautiful downtown lot of parks, whether it’s tulips blooming or other flowers, we just do a really great job of floral displays,” Auwerda said.