COLUMBUS, Ohio (WCMH) – Ohio’s new license plate “honors our past,” Gov. Mike DeWine said before unveiling it Thursday morning. But soon after, the state had to fix a historical inaccuracy.

Prominently featured on the top of the plate is the Ohio-native Wright Brothers’ first airplane — the Wright Flyer — pulling a red banner that says “Birthplace of Aviation.” In the original version shown to the public at a Thursday morning news conference, the banner flows in a way that signals the plane is flying to the left.

The problem was that the Wright Flyer was facing the wrong way.

“We are aware that the plane on the new Ohio license plate unveiled this morning was oriented in the wrong direction,” Ohio Department of Public Safety spokesperson Lindsey Bohrer said in a statement about four hours after the inaccurate plate was unveiled. “We regret this mistake and have fixed the image. This is the correct design that will be reflected on all new plates issued to Ohio drivers.”

When Orville and Wilbur Wright first flew their Wright Flyer on the beaches of Kitty Hawk, North Carolina, in 1903, it was the first sustained flight by what is now considered an airplane. Because of how modern planes fly, one may instinctively look at the Wright Flyer and think the short, stubby end is the rear.

On the Dayton brothers’ famous plane, however, the stubby end was the front, as seen in this replica from a 2003 demonstration in North Carolina:

A replica of the 1903 Wright Flyer takes off from a track December 17, 2003 during the Centennial Celebrations of the First Flight at the Wright Brothers National Memorial in Kill Devil Hills, North Carolina. (Photo by Alex Wong/Getty Images)

Orville Wright would lie on the wing and use wires to control the direction of the aircraft, explains a video from the North Carolina Transportation Museum. The tail of the plane, unlike what was shown on Ohio’s wrong license plate, is the tall piece behind the pilot’s feet. This rudder controls the left and right motion.

Ohio’s plate seemed to mistake the tail for the “elevators,” two horizontal pieces that allow the plane to change altitude.

The Wrights did their initial work and testing in Dayton before making their first sustained flight on the beaches of North Carolina, a state that claims “First in Flight” on one of its standard license plates above a silhouette of the Flyer.

One of North Carolina’s standard-issue license plates includes a silhouette of the Wright Brothers plane and notes the state was “First in Flight” because the plane first flew in Kitty Hawk, North Carolina. (Photo via www.theus50.com/Wikimedia Commons)

Heckman said Ohio’s mistake was not surprising because it happens a lot, and his organization is “pleased to hear that the governor’s office is working hard to fix it right away.”

“If anything it’s a teachable moment for everybody involved,” he said, “because it helps the public understand that a Wright Flyer does not look exactly like a later aircraft does.”

Colorful and packed with references, the “Sunshine in Ohio” plate was designed by Bureau of Motor Vehicles staff with direction from the governor and first lady Fran DeWine, who wanted to showcase the state’s agriculture, nature, cities and flight history.

“We love Ohio’s heritage as the birthplace of aviation, so our newly designed plate reflects all of these,” Gov. DeWine said.

The creation of past plates tended to take a “considerable amount of time,” said Ohio BMV registrar Charlie Norman — often over 1.5 years. The final design (with the plane mistake) was approved in April, part of a streamlined process at the BMV that Norman said took “less than half the time it has traditionally taken.”


Ohio license plate: After Wright Brothers gaffe, a review of the many looks over the decades

Bohrer said the 35,000 wrong plates already produced since manufacturing began earlier this month at Lebanon Correctional Facility will be recycled. The same will happen to any leftover current license plates — the red, white and silver design on roads since 2013.

Bohrer added it is too early to know if there will be any additional cost associated with recycling the wrong new plates.

The new plate goes into effect Dec. 29 for newly registered vehicles and people renewing registration. Drivers will also be able to switch their current plates with the new design by mail, online, or at their local BMV.

Have an FSA at Work? You May Be Able to Carry Over More Money in 2022 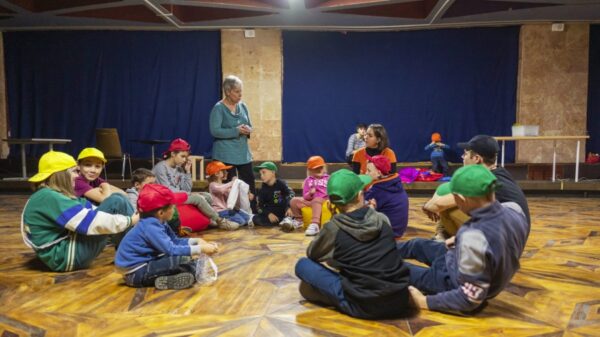 GRAND RAPIDS, Mich. (WOOD) — A Grand Rapids couple working to help children in Ukraine has returned home after providing training to mental health professionals and educators in the country that continues to fight a Russian invasion.

Tim Friesen and his wife Tammy Friesen is back from Lviv in western Ukraine, which saw missile attacks when they arrived earlier this month.

Tim Friesen is a psychologist and founder of the nonprofit Twelve12:Hope. He went to Ukraine to help set up programs to counsel children going to trauma. He was able to see the progress that could be made in a short amount of time.

“Many of the children in the orphanage that came to the training, some of them had been in the east part of Ukraine in an orphanage,” Tim Friesen said.

The Friesens arrived when the country was going through a new wave of missile attacks.

“We had an air raid every day except the last day. The air raid didn’t come to our closing time of coffee and cake, so we went. The last day was the only day that we had the regular program out of the bomb shelter,” Tim Friesen said.

He noticed the affects the missile attacks had on him.

“In the middle of the night I would wake up to a certain sound and it sounded like the first sound that would indicate an air raid and it puzzled me for a long time and finally I figured out it was actually a church bell ringing,” Tim Friesen said.

The war has disrupted the education system in the country, with many children unable to go to school.

“Millions of people, I think, are displaced now so they’re living in another city without their friends and they’re learning virtually and I think it’s pretty isolating,” Tammy Friesen said.

The Friesens were amazed by the determination of the Ukrainians, who are also thankful for the support.

“They’re so grateful for it and just continue to hope that the West will keep up the support and not get weary of it,” Tammy Friesen said. 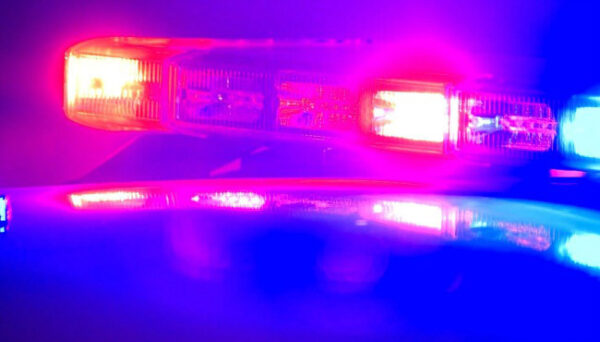 TAYLOR, Mich. (AP) — A suburban Detroit police cruiser struck and killed a pedestrian in the roadway early Monday while the officer driving the car looked for an address, Michigan State Police said.

The collision occurred around 1 a.m. in the city of Taylor, state police said.

A preliminary investigation indicates a Taylor Police Department officer was responding to a call for service and driving at posted speeds with no emergency equipment activated, state police said. While the officer looked for the address on his left, he struck a pedestrian.

The pedestrian was pronounced dead at the scene, police said.

No charges have been filed.

A review of the in-car camera is pending along with further investigation, medical examiner reports and a prosecutor’s review.

The officer and the victim have not been identified. 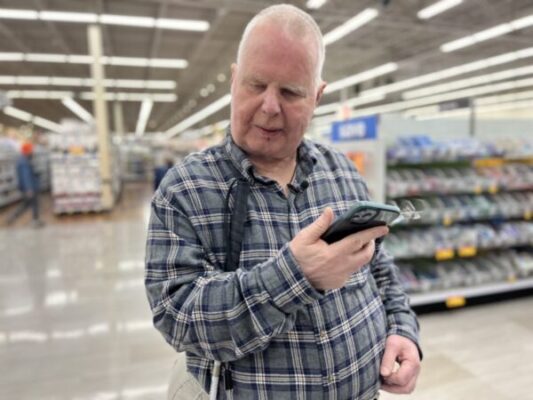 GRAND RAPIDS, Mich. (WOOD) — There’s a mobile app that helps blind and visually impaired people shop. In honor of Blindness Awareness Month, one user explained how it has impacted him.

Casey Dutmer receiving shopping assistance on his phone from a representative on the Aira app.

Casey Dutmer has been totally blind since birth. Navigating grocery stores used to be much easier growing up.

“When I was young, everything was a lot different. You had your big stores but you also had a lot of smaller stores and you could go in a store and ask the clerk for help and most of the time
you could get it because it was a locally-owned store,” he said. “It was more personal and service oriented.”

As the stores grew larger with more products, the experience became more difficult for shoppers like Dutmer.

Recently, he’s been depending on another source for direction.

“I’m ready when you are,” the representative on the phone said.

The service is through Aira (Artificial Intelligent Remote Assistant). It’s a mobile app designed to help the blind and visually impaired access their daily needs.

Through the app, users are connected with a remote agent. Meijer partnered with the developer in the summer of 2020 to make the app accessible to blind and visually impaired shoppers for free. It can be used at all of its stores.

The representative on the app guides the users through their cell phone cameras to help them shop for items around the store.

Dumter begins shopping while being assisted on where to go in the store.

“We are thrilled to connect and partner and expand our reach and make sure everyone else what they need within their reach,” Katherine Lee Baker, the manager for diversity and inclusion at Meijer, said.

As Dutmer began to shop, the representative gave him various commands to direct him where to go, like, “continue forward, your path is clear.”

Kaufman works with the Association for the Blind and Visually Impaired in Grand Rapids. He’s enjoying witnessing his clients become more independent.

“We want people to understand that blindness is not a life-ending issue. Independence and gainful employment and other things that are taken for granted in the sighted world is very possible for those who are blind and low vision,” he said.

Though Dutmer is unable to see, he says the agents show him a different perspective and provides assurance for he and his family.

“I didn’t know there were so many different products. I knew there were a lot of products but there were a lot of things I had never heard of that the agent would read off to me,” he said. “It’s a comforting app for my wife, who is excited and who really believes if I go somewhere
and get tangled up she doesn’t have to worry.”

Beauty brand Cleanlogic is partnering with the Association for the Blind and Visually Impaired this month.

A portion of proceeds from the purchase of Cleanlogic products at Meijer stores will be given to ABVI to support a new employment initiative program, which will launch in 2023.

“ABVI’s employment initiative is designed to help reduce the drastically high unemployment rate among blind and low-vision individuals in Michigan and beyond,” Cassaundra Wolf, the ABVI board chair, said. “We are truly grateful to partners like Cleanlogic for their support in our efforts to help individuals living with low vision or blindness thrive in a sighted world.”

Cleanlogic Co-Founder Isaac Shapiro added, “We look forward to elevating our common purposes to help drive the unemployment rate amongst the blind and visually impaired communities.”